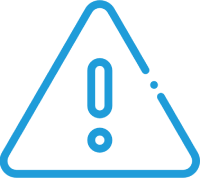 We just received some information from Pew Research Center on the top social media platforms.

So keep on reading to find out what’s happening in the social media world so you can continue to grow your business with the best information available.

And this isn’t our opinion. This is data coming directly from Pew Research Center themselves. They researched 1,500 adults this year and have compiled their findings.

So let’s take a look at the facts and their conclusions.

Top Social Media Platforms To Watch Out For

81% of Americans say they use YouTube. This is an 8% increase from the last time this study was conducted in 2019.

And while 8% sounds like a small number, it really isn’t when we’re talking about billions of people.

For some perspective, that’s more people than the number of people born last year.

If you’re not into numbers, the biggest thing you need to know is that YouTube is exploding right now.

So if you’re thinking about starting your own personal brand or creating a channel for your business, now is the time to do so.

We started our marketing channel less than a year ago and we already have thousands of subscribers. And we literally have individual videos on our accounting channel that already have over 100,000 views. We’re hoping that this snowball effect continues to compound over the years and we eventually have millions of subscribers.

But the biggest thing you need to know is that you can do it. If you want to learn more, check out our post on video marketing.

But Facebook has a big problem – they haven’t grown much at all.

When Pew Research conducted this study in 2019, 69% of people said they used Facebook. 2 years later, still, 69% of people say they use Facebook. However, for business owners, this information should not dissuade you from using Facebook to grow.

Billions of people still use Facebook. And the statistics show that most people use the app several times per day. More importantly, 9 times out of 10, your customers are on there.

And that’s every reason why you should advertise there.

Plus, it’s also much easier to create a Facebook ad than it is to create an engaging YouTube show.

So keep that in mind as you try to grow your business.

40% of Americans use Instagram. This is 3% higher than the results reported in 2019.

Over a third of Instagram users use the site several times per day.

It’s perfect for awkward rides in the elevator, long lines at restaurants, riding an uber, or just killing time.

Kidding aside, Instagram is a power move when it comes to marketing your business.

Its visual nature is perfect for displaying your products and services or just emphasizing your message.

And the good news is that it seems like Instagram still has more tricks up their sleeves. …and many more features to keep people on their platform.

Therefore, it’s no surprise that Instagram is the 3rd most widely used platform and also, a top social media platform for businesses.

31% of Americans use Pinterest. That’s 3% higher than their stats in 2019, so Pinterest is also seeing some user growth.

Whether that’s baking a new recipe or trying to get some decor inspiration, Pinterest has certainly made a name for themselves in the marketplace.

Most of its users are women, or at least they are the only ones who admit it.

What’s also interesting about Pinterest is that high-income individuals tend to use the platform more than lower to mid-level income users.

So maybe if you use Pinterest, you’ll start making more money?

Regardless, for businesses, if you sell any type of consumer product, it’ll be hard to avoid using Pinterest.

You’ll need to help people find your content. If they can’t, you’ll be punching dead air.

So focus on quality and search, and you’ll be just fine.

While this is not much of a change in user growth, LinkedIn is truly in a lane of its own.

The professional nature of the platform and the ability to network with business owners is truly unique.

According to Pew Research, those with higher levels of education are more likely to be LinkedIn users.

Over half of their users have a Bachelor’s degree or higher, compared to just 10% of those who have college degrees.

With that being said, LinkedIn is a must for B2B or business-to-business companies.

If you’re looking for decision-makers, C-suite executives, or just trying to find a job, then LinkedIn is the place for you.

Snapchat is breaking in at number 6 on the list of top social media platforms.

25% of Americans say they use Snapchat. This is just 1% higher than what was reported in 2019.

So it’s safe to say that Snapchat’s growth is stagnating.

This is particularly concerning because compared to other platforms, Snapchat’s user base is not as big.

Snapchat only has about 250 million active users, whereas Facebook has 2 billion users.

So Snapchat’s zero-sum growth is nothing compared to Facebook when most people in the world already have Facebook accounts.

With that said, as a business owner, we probably would not focus much on Snapchat as a marketing strategy for this reason.

Plus most of Snapchat’s users are teenagers and young adults.

Unless this group makes up a large portion of your business revenue, then it’s likely not worth the hassle.

Now surprisingly, Twitter is coming in at number 7. We would have expected them to be much higher as a vet in the social media space.

Like all of the other platforms we’ve discussed, with the exception of YouTube, they are not growing very much.

Even worse though, unlike the other social media platforms, Twitter is used less frequently.

While many people view their favorite social media sites several times per day or at least daily, it’s the opposite with Twitter.

Only 46% of its users say they use the site daily.

In other words, more than half of Twitter’s users are inactive or use the site less than other sites to put it lightly.

With this in mind, and the fast-paced nature of Twitter, it’s hard to put all of your eggs into Twitter as a marketing channel.

In our experience, it’s very hard to make an impression that is meaningful enough to result in better outcomes than the other channels mentioned.

But still, if you’re a witty writer that can pump out several valuable tweets per day, then it may be worth a shot.

23% of Americans use Whatsapp. This is up 3% since 2019, so Whatsapp is apparently growing.

What’s interesting about Whatsapp is that it is used by an extremely diverse group of people.

For example, 46% of Hispanic Americans use Whatsapp, which surpasses other ethnic groups that use the platform. Most of our team members personally use Whatsapp to communicate with people outside of the country.

So we’d assume this is why the application is widely used by various ethnicities.

This is a huge benefit for businesses that target multicultural groups of people.

Running ads on Whatsapp might be a cost-effective way to gain exposure for your business.

Over 21% of Americans use TikTok.

Now, TikTok is very similar to Snapchat in one respect – most of its users are under the age of 30.

So if you’re targeting a younger demographic, then building a TikTok presence might be beneficial.

Its popularity is exploding, which is why it is reasonable to start thinking about marketing your business there.

If it’s anything like what happened with Snapchat, then it could potentially halt future user growth.

Nonetheless, we’d suggest you continue to keep an eye out for TikTok because as of now, it’s booming.

If you’ve never used Reddit before, all you need to know is that Reddit is basically a network of communities.

There are several different groups with niche-specific content that a bunch of users contribute to.

It’s actually been around for a while, but according to the numbers, it’s starting to pick up some major steam.

If you follow the stock market, just think about what happened with Gamestop.

A bunch of retail investors got together in a Reddit chat and was able to manipulate the market like huge institutional investors.

What’s also cool about Reddit is that a lot of its users have high levels of income.

There are 50% more people with over $75,000 in income than there are with incomes lower than this level.

Also, unlike Snapchat and TikTok, Reddit’s user base contains a broader range of people above the age of 30.

So keep an eye out for Reddit. If it continues to grow, it might be a neat place to start placing some paid social ads to drive more revenue for your business.

There you have it – that’s your report of the top social media platforms in 2022!

If you’re a start-up or small business owner, you might think that’s a lot of social media platforms to build an online presence with.

But, as we mentioned above, you don’t necessarily need to be present on all of these platforms.

Consider hiring a social media management company like ours to help you get started on the best social media platforms suited for your business. 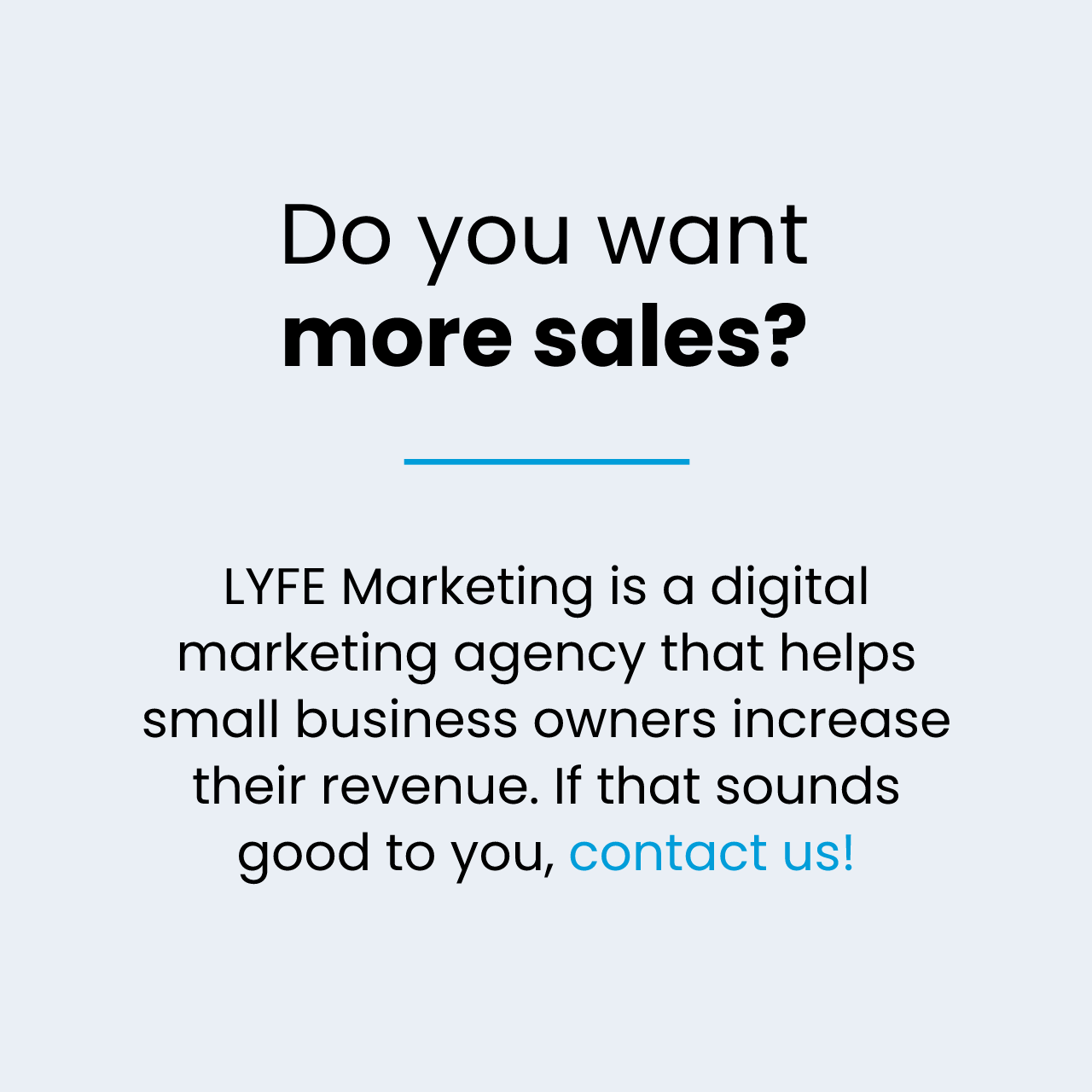